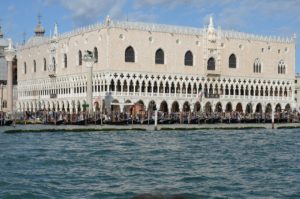 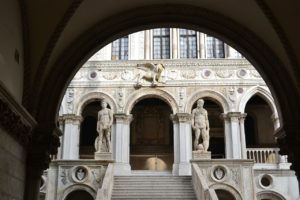 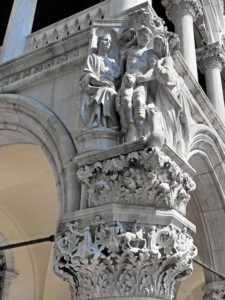 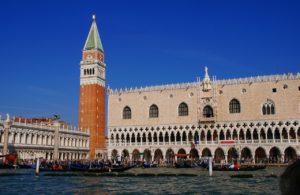 Known worldwide for its incredible beauty, the Doge’s Palace (Palazzo Ducale) is one of the most famous Venice attractions and a treasure chest of history, art and masterpieces. It is therefore definetly to be included in the What to do in Venice list. This masterpiece of Venetian Gothic architecture is all yours to explore. You can choose an english guided tour includes the Golden Staircase, the Main Hall with its famous paintings, the Bridge of Sighs and the Prisons. Or, if you prefer to visit it independenty, book your skip the line ticket!

In the fascinating atmosphere of Byzantine art combined with Oriental art, you will relive the history of Venice thanks to an expert guide.

You will be guided through the rooms of the political power of the Serenissima, where the most important organs of the Republic resided, such as: the Great Council, the Senate, the Judiciary of Justice and the Doge. Inside these special places, you will be able to admire some of the most important works by Tintoretto, Veronese, Tiepolo, Titian and other famous artists. During the tour you will also visit the splendid Golden Staircase.

Moreover, through secret itineraries tour inside Doge’s Palace, you will then follow the path of those convicted by the Republic, crossing the Bridge of Sighs.You will be able to feel the anguish of the prisoners, who, after crossing the well known Bridge, entered the darkness of the Piombi: the prisons of Venice, famous for having hosted Giacomo Casanova.  Finally you will visit the actual Prisons and learn how the prisoners of the Serenissima used to live.

The tour is available also in Italian, French, German and Spanish.

If you prefer to visit the palace on your own, with our ticket, you will have the opportunity to avoid the queue at the entrance and to directly access the ducal palace and beyond. It includes:

You can choose between two options:

The museums around St. Mark’s Square

There are several museums which you may want to visit around St.Mark’s Square. If you wish to visit some or all of st Mark’s Square museums, we suggest that you buy the Museum pass ticket. It will grant you access to the Correr Museum (Museo Correr), the Natural Histories Museum, the Glass Museum,  Correr museo archeologico nazionale, the Clock Tower, the Lace Museum, Ca’Rezzonico and Ca’Pesaro. Furthermore you could purchase an entrance ticket to Fortuny Palace, one of the most interesting Venice museum. You can find all the information on MUVE website.

The building, which was in fact built as a private chapel of the Doge, is located in the heart of the historic center of Venice and is directly connected to the Basilica of San Marco (St.Mark’s Basil).

La Bocca di Leone: this is a special wall container, in which the bas-relief facade resembles the shape of a lion’s head, located inside the Palace. Strictly anonymously complaints against illegal practices were inserted inside the lion’s mouth by Venetian citizens.

The Red columns: along the facade overlooking the square, on the band of the loggia, you can clearly distinguish two red columns that stand out for their color compared to the others. According to tradition, this was the point from which death sentences were publicly announced.

The Giants’ Staircase: this is an enormous marble staircase, placed as a link between the main entrance of the square and the council rooms on the first floor. It is called “of the Giants” in reference to the two large marble statues placed at the top of the balustrade and depicting Mars and Neptune. This was also the place where the coronation ceremonies of the new doges took place, who were crowned after the oath. According to the legend, the size of the statues was intended to diminish the figure of the doge, acting as a warning that despite his role, the doge was not above the law.

The Hall of the Great Council: the most important part of the Palace. In fact this was the place where the Great Council met, together with the doge, to take the most important decisions regarding the Republic. This hall uniqueness is due to two main reasons. The first is that it contains the largest and most precious works of the Palace; while the second is that it has an extraordinary size. In fact, it measures 53 meters in length and 25 meters in width, which is why it is still considered one of the largest rooms in Europe.

The Damaged Column: walking the portico along the group of columns that make up the base of the Palace, it is possible to notice that one column seems a little larger than the others. According to the legend, in the Middle Age, those sentenced to death could save their life if they were able to make a complete turn around this column, keeping their backs well leaning against it. It seems that no one has ever managed to pass this test, and that each person who tried always ended up inevitably falling. Even today, if you want, you can try to make a round around the column, which is the fourth of the long colonnade that overlooks the pier.

If you want to combine the visit with walking tour, do not hesitate to look at all our experiences, tickets ans tours! If you want a private tour, we can organize a longer tour /2 hours) for the same price from 6 persons.

Guided tour of the Doge’s palace

Anything not listed as Included

Should you cancel the experience up to 24 hours before the tour start, a 20% cancellation fee will apply.
There will be no refund in case of a NO SHOW or cancellation within 24 hours from the start of the tour.
In case of exceptionally high tide, the tour could be cancelled by the organizers. In this case, you would get a 100% refund.

THOSE WHO HAVE ALREADY PURCHASED A TICKET AND ARE NOT IN POSSESSION OF A GREEN PASS CANNOT ENTER THE DUCAL PALACE AND CANNOT REQUEST A REFUND.

You will have to pick up the skip line tickets the morning near saint marks square!

Meeting point in St.Mark’s Square (see details in the voucher) for guided tour at the bell tower.

For security reasons, entry through the metal detector is foreseen; this can cause a short wait, regardless of the priority access you will have for the visit.
The visit will take place also in case of rain.

With reference to Legislative Decree No. 105 of July 23, 2021 and No. 40 of July 27, 2021 of the General Secretariat and the indications of the Ministry of Health, due to the epidemiological emergency from Covid19 all persons booking VISITS WITH ACCESS TO MUSEUMS will have to present at the entrance of the premises:

Green Pass (for Europeans) of at least the first dose of vaccine among those authorized by the EMA or AIFA (Comirnaty by Pfizer-BioNtech, Vaxzevria by Astrazeneca, Janssen by Johnson & Johnson and Moderna)
A negative molecular or rapid swab test done within the past 48 hours (turnaround time)
A proof of being cured of Covid19 in the previous six months

Do not miss other experiences near you 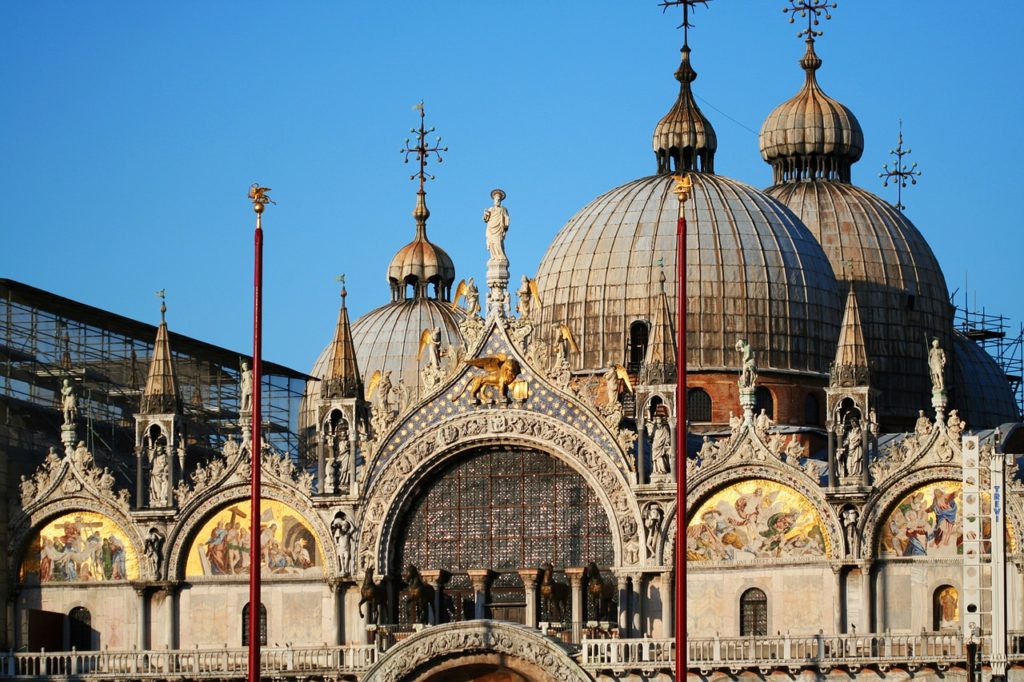 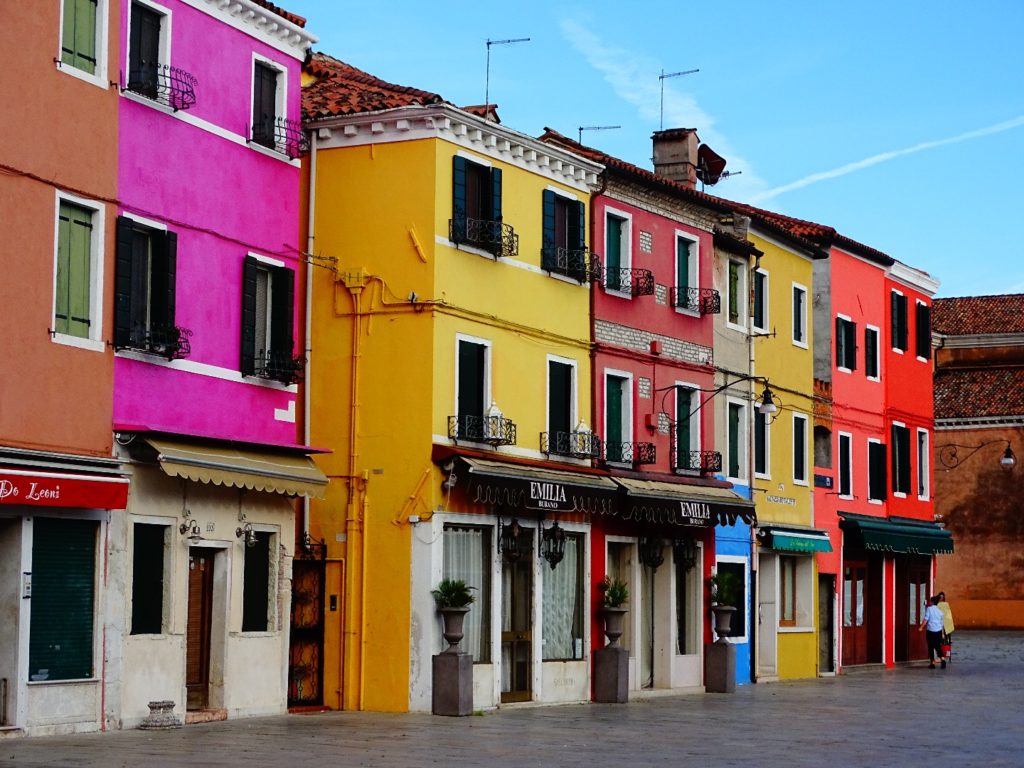