The Casanova Museum & Experience is the first museum in the world devoted to Giacomo Casanova. Experience the adventurous life of this great Venetian with a fool immersion experience thanks to innovative multimedia tools

A commission of € 1.00 is applied to the sale price

Everything not specifically mentioned ad “included”

A reservation fee of € 1.00 is applied to the price of each ticket.
The ticket is non-refundable.
Postponement is possible with 24 hours notice prior the selected date.
Last admission is half an hour before closing.

The first casanova museum in the world has opened in Venice! An eclectic and complex character even today, the figure of Casanova as a writer, lawyer, clergyman and secret agent still intrigues us. Casanova left his own written records, and thanks to these we know quite a lot about him. The life of Casanova, the most famous poet and sophisticated writer of eighteenth century Venice, is brought to life in this new multimedia museum. Try this exciting and engaging experience, and you will feel as if you were there in historic venice yourself! 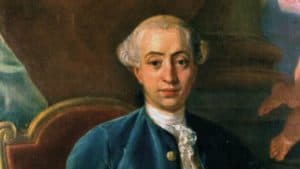 The Casanova museum – Venice and its famous libertine!

Let yourself be seduced by the first interactive museum dedicated to Casanova as the central character.
The Casanova museum is set up in the rooms of Palazzo Malipiero, overlooking the Gran Canal, in campo San Samuele. Experience the authentic Venice of Casanova, visit the lanes and squares he frequented and see where he mingled with all kinds of people. Meet those who celebrated and supported him, but also those who betrayed and imprisoned him.

Thanks to the writings that show him as a leading thinker of his time, and to the authentic costumes and furnishings which have been faithfully recreated, as well as the interactive exhibits,this museum will give you a true insight into Casanova the man. From the eighteenth-century style of the building, to the clever multimedia displays, the Casanova museum explores the myth of this elusive man..

Book your tickets now and travel back to the eighteenth century!

The Casanova Museum Experience, thanks to 3D technology, will take you back in time through hidden alleys and squares, courtyards and historical buildings. This is an excellent way to virtually experience the life of Casanova, bringing the real Venice to life. A faithful historical reproduction of eighteenth-century Venice has been created. Immerse yourself in an interactive experience that reveals the places that were the scenes of his adventures.

The museum is able to show visitors young Casanova and his lifestyle. Moving images shadows and characters are brought to life in a variety of unusual ways all explained by audio guide. You will then put on your virtual reality headset and become Casanova himself! You will see the people he meets and the ladies he flirts with, view his eighteenth century venetian environment with your own eyes! 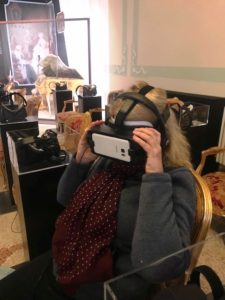 The Casanova museum is suitable for all ages. You will certainly enjoy this entertaining journey that recreates the atmosphere, sounds and settings of eighteenth century venice and the place where Casanova lived. Luxurious costumes,together with realistic sound effects and projections create a fascinating multimedia experience. Be seduced by the story and the ingenuity of the famous libertine and discover the places and customs from this most fascinating period in art and history.

Everything you need to know about Casanova

Giacomo Casanova was born in Venice on April 2, 1725, and died on June 4, 1798. He was an eclectic and complex character, whom we still don’t fully understand.
History portrays him as a seducer and libertine, and he was an adventurer, but also a writer, poet, alchemist, diplomat, philosopher and spy.

Casanova was a man with many sides to his personality. He was a person of great culture, who knew how to adapt his behaviour to his audience. He could mix easily in high society, but also bargain with and hide among the city’s common people. Come and discover the fascinating story of his life.. 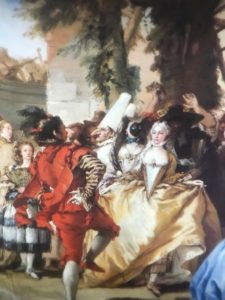 You can buy tickets online in advance for the casanova museum.The ticket to the Casanova museum includes a free audio guide available in 10 languages. The tour lasts about 45 minutes.

If you enjoy museums, here are some more of the most interesting ones to visit in Venice!

Jewish Museum in the Old Ghetto: the history of Judaism
Guggheneim Museum: discover the collection of the most famous American gallerist
Natural History Museum:
Museo Correr: showcases the Venetian nobility of the 17th century
Palazzo Grassi – a contemporary art museum