Venice film festival: the origins of this international event

Few know that the Venice Film Festival is in fact hailing from the Venice Biennale, the International Art Exhibition. When the craft of film consolidated as the “eighth art”, the directors of Biennale decided to dedicate to this new, “technological” art a separated event that today takes place every year. The Venice Film Festival was founded in 1932, with a spectacular first edition which took place in the wonderful Excelsior Hotel on the Lido island. It was promoted by the most important political and cultural personalities and had full support from the Fascist regime, which saw in this new craft a powerful medium of propaganda.

This festival was a unique event in its kind, because unlike the Academy Awards, the Venice Film Festival was promoted as an artistic and cultural project which engaged people in actually seeing the productions contesting.

The first edition already had many famous movies, like James Whale’s Frankenstein, and saw the participation of international stars like Greta Garbo and Clark Gable. The first movie to be projected, on the 6th of August 1932, was Rouben Mamoulian’s Dr. Jekyll and Mr. Hide.

Two years later, in 1934, the second edition took place, still linked to the Venice Biennale. There was the institution of the Mussolini Prize, for the best local and foreign film. Through the years different prizes were instituted or removed and often the choices were due to political pressure. 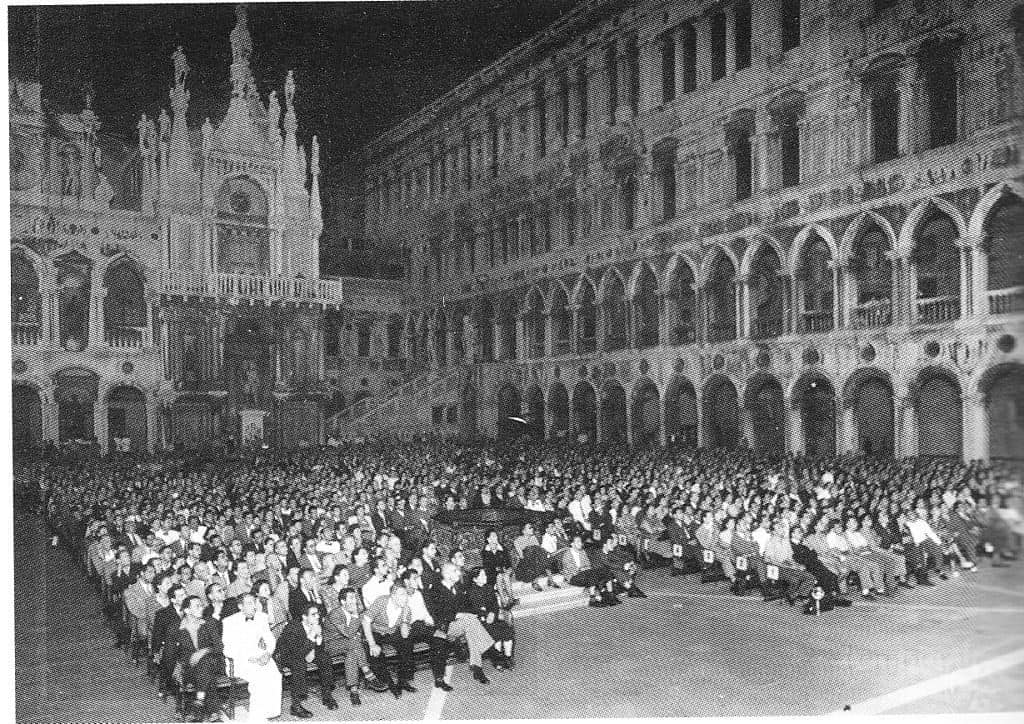 Why the Venice Film Festival is so important

The Venice Film Festival was a unique event: for the first time, in a wonderful city with a large artistic tradition, film artists from all around the world gathered, and everybody could participate in the projections of the first cinematographic works. The engagement of the audience wasn’t only recreative, the audience could actually vote for their favorite movies for different prizes!

The Venice Film Festival brought international movie productions in city theaters, joining artists, experts, and common citizens, bringing together stars, critics and audience. Venice was the first city to ever host such a large and international cultural project, while also having a secular tradition in the field of sport events with the Historical Regatta.

Let’s not forget that Venice… is Venice! A city loved by actors and directors from all over the world, cited and celebrated in countless movies.

Interesting facts about the Golden Lion and the early prizes

Initially, the Venice Film Festival wasn’t designed as a contest with a prize: the audience just voted for best director, best female performance, best male performance, funniest film and most emotional film. In 1934, for the second edition, the Mussolini Prize was instituted, for the best local and international film, assigned by the festival directors after a vote by audience and critics, but it wasn’t such a structured prize as it is now. The name of the prize suggests a strong influence of the Fascist regime on the Festival. From the third edition in 1939 until the end of the war, all soviet films were banned, the Volpi Cup was instituted, as a tribute to the patron of the Film Festival who was in the Fascist party. The Fascist regime continued influencing the votes more and more, imposing its will on an already structured and international jury.

Only in 1949 the modern Golden Lion was instituted: after the war and a series of highly Fascist-influenced editions which are seen as unofficial since they took place outside of Venice, the festival came back and the “St. Mark Lion’s prize for best film” became the official prize.

These are the prizes assigned today at the Venice Film Festival:

The special prizes are: