Origins of the Vogalonga: once upon a time…

The Vogalonga of Venice was born among the canals of the city, when a group of friends organized a regatta on small rowboats called mascarete. It was on the day of St. Martin in 1974 and already then, motorboats were preferred to rowboats, because they were faster and allowed everybody, not only good rowers, to move on water. Thanks to the participation of influential Venetian personalities who were interested in cultural activities for Venice, the “regatta among friends” was blessed with good publicity and on the 26th of January 1975, registrations for joining the Vogalonga opened. The regatta gleefully joined all those who wanted to pick the rows up again in an uncompetitive event which, over the years, brought more and more little rowboats to the canals of the city and the lagoon. 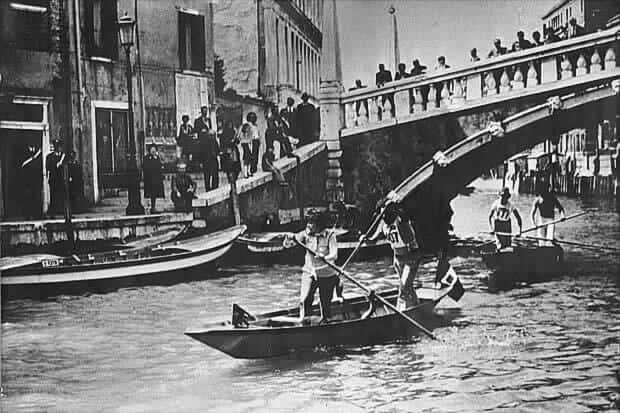 The first Vogalonga of Venice in 1975

The first edition: the adventure begins

The route that the rowboats would take was 30 km long. The start takes place after the gathering in the basin of St. Mark, in front of the Palazzo Ducale. After the competition announcement in 1975, on the 8th of May of the same year, the first edition of the Vogalonga took place, and on it’s debut it already counted around 500 boats with around 1.500 rowers as crew, coming not only from Venice, but from the whole region and even from Piedmont and Lombardy. After 40 years, the rowboats are now more than 1.000 (sometimes even 2.000!) for every edition, with thousands of rowers from all over the world. Something remarkable and exciting about the regatta is the moment of the gathering before the start, which takes place very silently: there is no noise from the motorboats, only rowboats slowly floating into the basin. 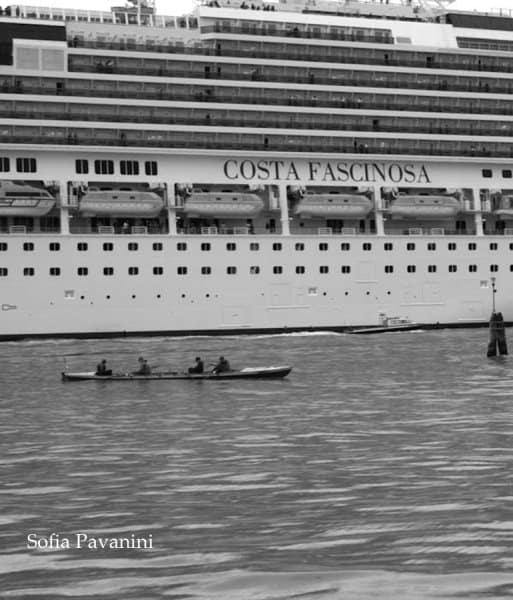 The spirit of the Vogalonga: together for the lagoon and its traditions

Its history is quite recent and begins in an important context to understand the spirit of the Vogalonga of Venice. On  one hand the number of motor boats that crowded the lagoon (and damaged it with the wave way) grew more and more, on the other hand the tradition of Venetian rowing was being lost, practiced only by an isolated group of rowing enthusiasts linked to the past. The first vogalonga was born as a living signal against the degradation of the city, the worrying increase in wave motion and the loss of traditions.

Today, more than ever, the philosophy of Vogalonga is a current civic commitment. The first edition of the Vogalonga was a surprise: 500 boats and about 1500 participants animated the lagoon for an unexpected and suggestive show. 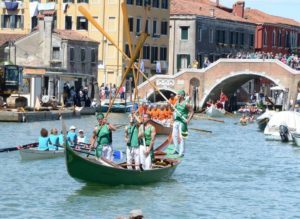 The route has remained mostly unchanged and runs for about 30 km through the North Lagoon.

We all start together at 9.00 a.m. from the Giudecca Canal at the signal of a cannon shot and then continue towards Sant’Elena, le Vignole, Sant’Erasmo and San Francesco del deserto; about halfway along the route we reach Burano and Mazzorbo and then cross Murano and return to Venice through the Cannaregio Canal. After crossing the Grand Canal, finally the arrival at the tip of the Customs!

So called, it seems a rather feasible route… And it is if you are well trained!

Believe it or not, the satisfaction is great but also the effort!

Now in its 45th edition, the date for the next Vogalonga has already been set at 31th May2020.

To participate in the event, you must register your crew in advance and also communicate the type of boat you will use: each boat will be marked with a serial number established by the organizing body. For each crew member the participation fee is 22 € which also includes the shirt, the medal and the certificate of participation in the event.

You can find on the official website of the event all the registration procedures and other useful information. 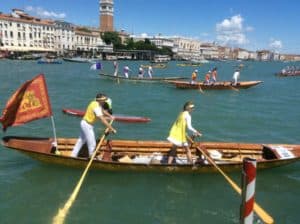 Thousands of athletes on hundreds of boats rowing together for the Venetian traditions and a more conscientious use of motor boats in the lagoon: an interruption of the urban navigation service is more predictable than ever in this context! As an indication, ACTV suspends the vaporetto service from 7.30 a.m. to 3 p.m., but only a few days before the event the timetable changes are published.

Please note that during the Vogalonga only safety or rescue equipment may circulate, navigation is also forbidden to taxis!

The Vogalonga today: much more than a simple regatta!

The Vogalonga today is an event that includes sport, culture, internationalism and fun. This event not only gave more life to Venetian sociality, but it also was a means of economical growth for all the small handcrafters and artisans activities in the city, like the squeri, the shops where gondolas were made, and all the other many rowboat shops. The public interest in the regatta has never decayed, and the event is waited impatiently by rowers, artisans, visitors and the whole city.

The Vogalonga is a crucial event which let handcrafting bloom again and gave Venice the opportunity to detach itself from the international stereotype of “the carnival city” and bring attention back to the historical importance of the relationship between the city and the water. Would you like to participate in the next Vogalonga? Check the official site and wax your rows, the lagoon awaits! 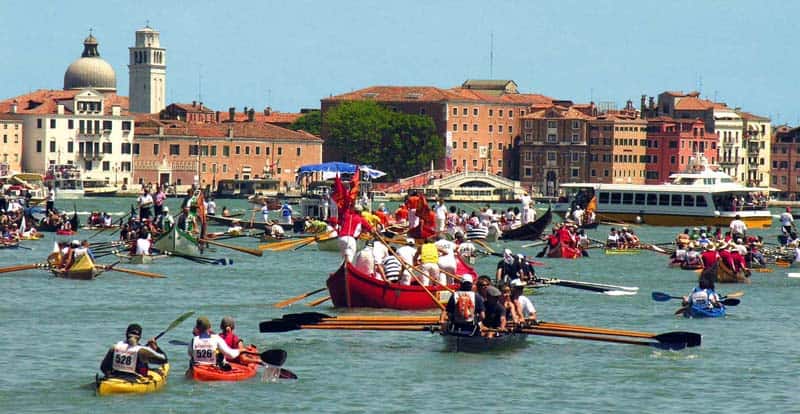