Lio Piccolo is an ancient village, north of Cavallino Treporti, one of the many settlements scattered around the northern part of the Venetian lagoon that are known for their unique and beautiful environment. Lio Piccolo in particular is the most ancient settlement in the area and is surrounded by “valli”: fishing zones created during the middle age that are still in operation nowadays. So a visit to Lio Piccolo can feel like a journey back in time, thanks to its uncontaminated environment and its exciting history, culture and tradition.

Lio Piccolo is part of Cavallino Treporti. The village reached a peak of about 500 inhabitants during its flourishing salt industry era. However, its population density is much lower today. The village structure is quite peculiar: it comprises small islands separated by narrow canals, agricultural lands and salt marshes. Therefore, its economy is mainly based on farming and fishing.

When you arrive in Lio Piccolo, you find yourself in the middle of a tiny square, beside a very small church with a tiny, yet charming Armenian-style belfry. And wherever you look, you see beautiful landscapes made of lagoon and wilderness. 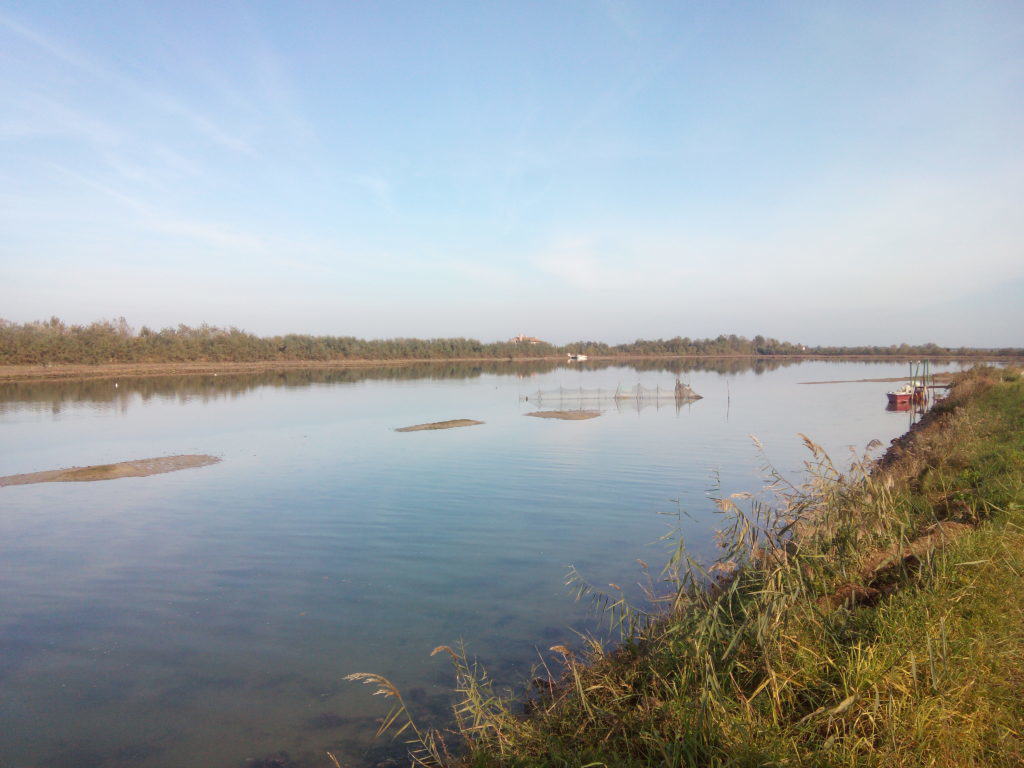 What to do in Lio Piccolo: a lagoon landscape

What to do in Lio Piccolo: field trip on the peninsula

The guided excursion to Lio Piccolo promoted by VivoVenetia covers the most interesting spots of the peninsula. This is a biking field trip, where you are accompanied by an expert tourist guide who will help you discover all the charming secrets of the area. A smooth itinerary allows you to relax and carry some extra weight… like your camera, for example! Lio Piccolo is known for the different species of birds nesting in the area, so don’t miss an opportunity to take pictures. Falcons, seagulls, coots, common snipes and redshanks as well as herons are common, but you may also catch sight of flamingos; lots of birdwatchers come to Lio Piccolo and its surroundings for that purpose.

This field trip will take you on a wonderful journey through the lagoon’s suggestive landscapes and its small and ancient settlements.

What to do in Lio Piccolo: the bike tour

What to do in Lio Piccolo: practical information to plan your tour

Difficulty level: the road is generally flat, paved as well as unpaved; the only obstacle can be the vegetation on some parts, depending on the season.

Duration: the shortest itinerary is about 11 km long and takes about 45 minutes on average.

Itinerary: this tour is a loop, starting at the graveyard of Saccagna. From there, you will travel north-east towards Mesole (indicated at the crossroads) to reach Lio Piccolo Island, then proceed east along the southern coast. Afterwards, you will go back to the crossroads and this time, you will take the other road, following the northern coast of Lio Piccolo island, to then pass the salt mines of San Felice and return to Saccagna. 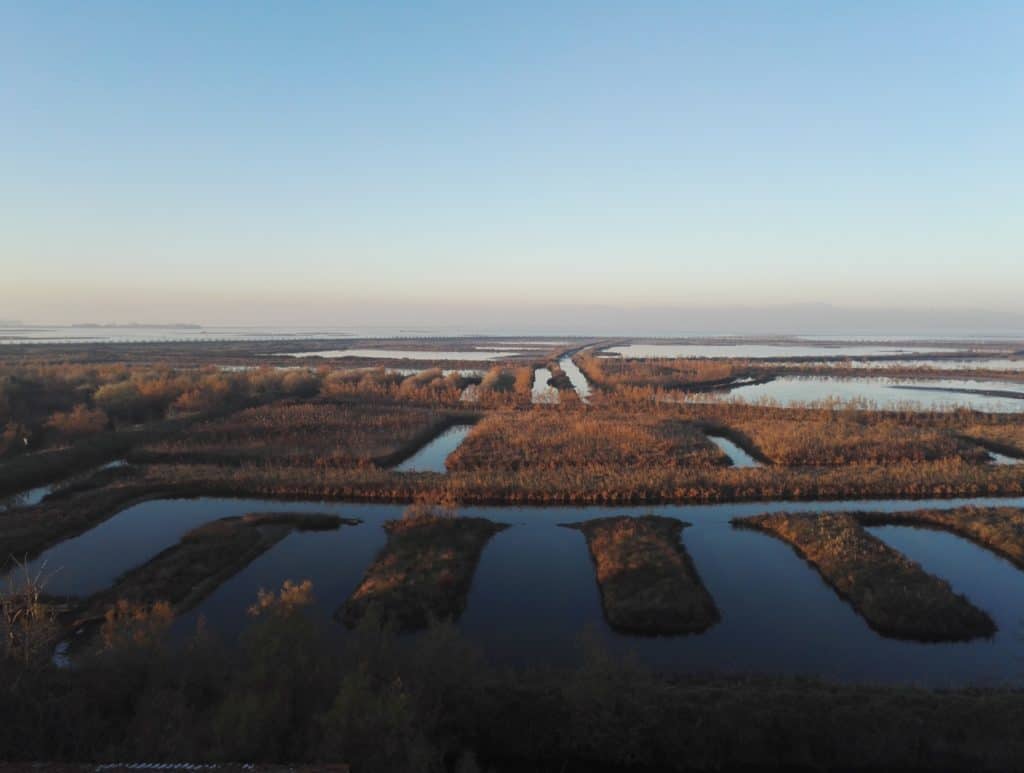 What to do in Lio Piccolo: another landscape

A longer itinerary starts in Jesolo, goes to the lighthouse of Punta Sabbioni and returns to Jesolo.

Difficulty level: this tour is longer but still relaxed, with very few uphills and doesn’t require any particular athletic prowess

Itinerary: this tour starts in Jesolo following the Sile river on paved road until the bridge, where it dives back into nature, following the backtrails of the Cavallino peninsula coast to coast. You will pass the small and suggestive centres of Ca’ di Valle, Ca’ Ballarin, Ca’ Pasquali, Ca’ Savio, until you’ll reach the lighthouse of Punta Sabbioni. From here you will start heading towards Lio Piccolo through the pine grove of Bocca di Porto del Lido and reaching Treporti. The area of Bocca di Porto is a panoramic point on Venice and the major islands. From here, you will head west, through the most suggestive part of the track, in an ever-changing landscape subject to season and tide. This is the best part where to stop and have a break, enjoying the tranquillity of the environment, the wildlife and the tides. Arriving on the docks of Via della Liona, you will find another beautiful stop with a view on the belfries of Burano, Torcello and Mazzorbo. After taking a few photographs, you will embark on captain Michael’s barge, which will float you to Lio Maggiore, where you will follow the Caligo canal back to the shore of Sile river, and then back to Jesolo. Contact us for more info! 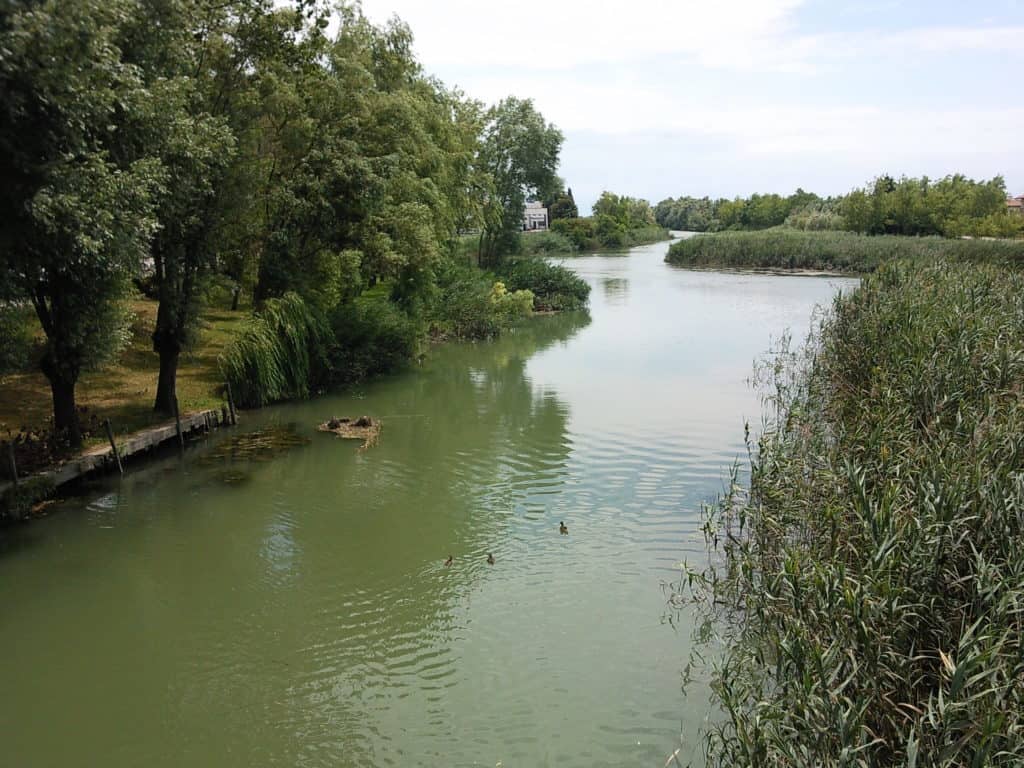 What to do in Lio Piccolo: one of the tours starts from Sile River