Venice Ghetto: did you know…

One of Venice’s most original attractions, if you are off mainstream tourism, is the Jewish Venice Ghetto: an experience that follows the thread left in history by the ancient Jewish community in the world’s most famous floating city. We can’t assure you will time-travel any time soon! But you can get very close to that by discovering the history, traditions of one of the most ancient jewish communities in Italy. From the wonderful synagogues to the amazing kosher aperitivo, prepare to dive into one of the lesser known yet most exciting part of Venice. A secret town within a town awaits you… You can choose bewtween our different guided tours!

The Venice Ghetto: the origins, the Republic of Venice and Napoleon

The Ghetto of Venice is the most ancient ghetto in the world. Not many know that the word “ghetto” actually comes from Venice. Jewish people started coming to Venice since year 1000 a.D but it was in 1300 that the community became large and stable in the capital of the Serenissima, and they were living among christians. Things changed in 1500: after the war of the League of Cambrai many jews moved to Venice, waking suspect in the mostly Christian population. The senate avoided kicking them out: jewish people were essential in the economical growth of the republic since they were the only bankers on the island. They were still confined on the Ghetto Novo islan 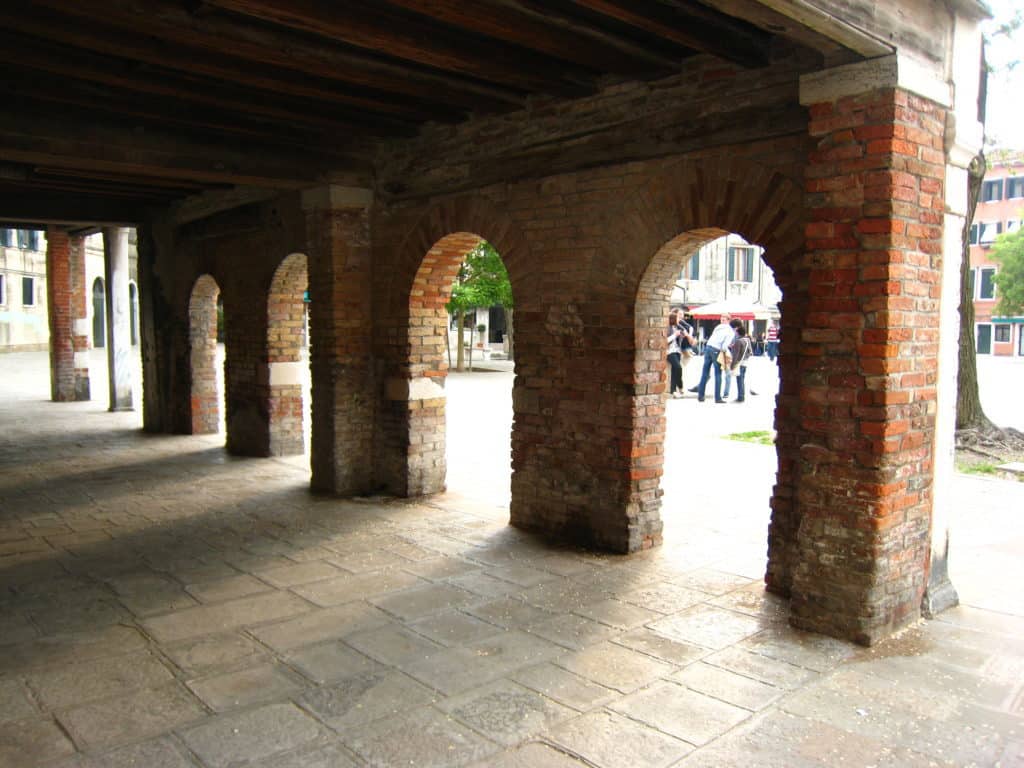 d. The word “Gèto” in venetian means “to melt” and was used to refer to the island currently known as Ghetto Novo because there was the greatest concentration of foundries. Many of these artistic foundries are still active to this day, although blacksmiths are fewer every year. The island of the Ghetto was connected to the city with two bridges with gates which were opened in the morning and locked at midnight, watched by Christian guards. Following this confinement, Jewish people began to give a new shape to their part of the city: Five synagogues were built, one for each group of origin, and the economical power of the community rose. Although the Republic of Venice was quite cosmopolite, the Jews still encountered discrimination and pressure. These forms of persecution were abolished lately under Napoleon, who cancelled restrictions like the duty of residence and the rules about the bridge gates. 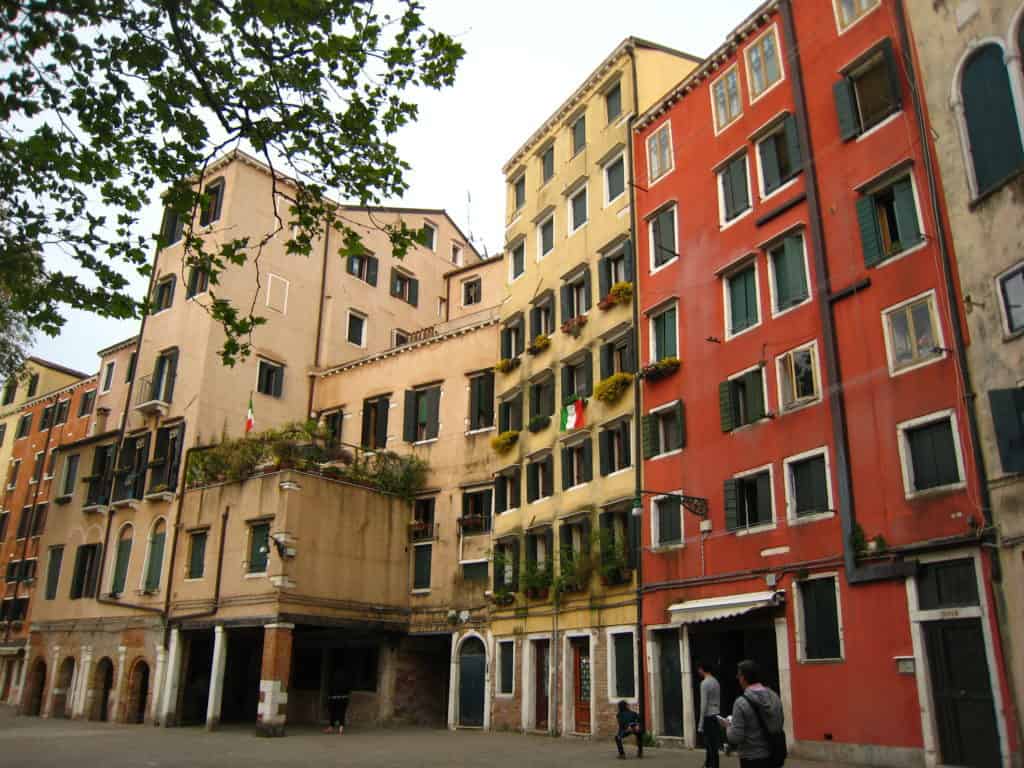 The Venice Ghetto: synagogues and Jewish Museum of Venice.

The community that gathered in the Venice Ghetto slowly started to change its appearance. Since the Jewish population on the small island reached 4000 unit and everybody had to live there, extra floors were built above the houses, which reached up to 8 stories! Through 1500 the five synagogues of Venice (aka Schole) were built:

The synagogues were built inside existing buildings, choosing the last floor as traditionally, nothing should stand between the roof of a Synagogues and the heavens. For this reason, the synagogues are quite difficult to spot for those who are not familiar with the Ghetto. How do you spot a synagogue? Synagogues always have 5 large aligned windows on the front, which represent the 5 books of the Torah. You can often see Jewish writings on the outside too. You will learn much more if you want to take a tour of the synagogues: an opportunity to dive into the Jewish tradition and history.

The German Schola is the oldest one and is situated in the same building as the Jewish Museum of Venice, were you can see objects and documents connected to the history of the community.

During the times of the Republic of Venice, Jewish people proved crucial in the economical growth of Venice since they could work as “bankers”, lending money with interests or in exchange of valuables as pawn. Christians, at the time, traditionally believed interests were immoral and didn’t like Jewish people’s business, although the rates were set by the Republic itself. Their services still were very popular since they eased the poorest and supported small enterprises. The pawnshops all were in the Venice Ghetto’s main square, the most famous of them, the Banco Rosso (red desk) still hasn’t changed and is today a point of interest.

The number of Jews living in the Ghetto has dropped radically due to deportations during II World War, but the people who are left still proudly carry their cultural tradition, starting from the culinary arts! Kosher cuisine has a number of food restrictions that helped create one of the most unique menus in the world, when fused with the culinary tradition of the lagoon of Venice. In fact, one of the most famous dish from Venice, the “sarde in saor”, is a kosher dish! 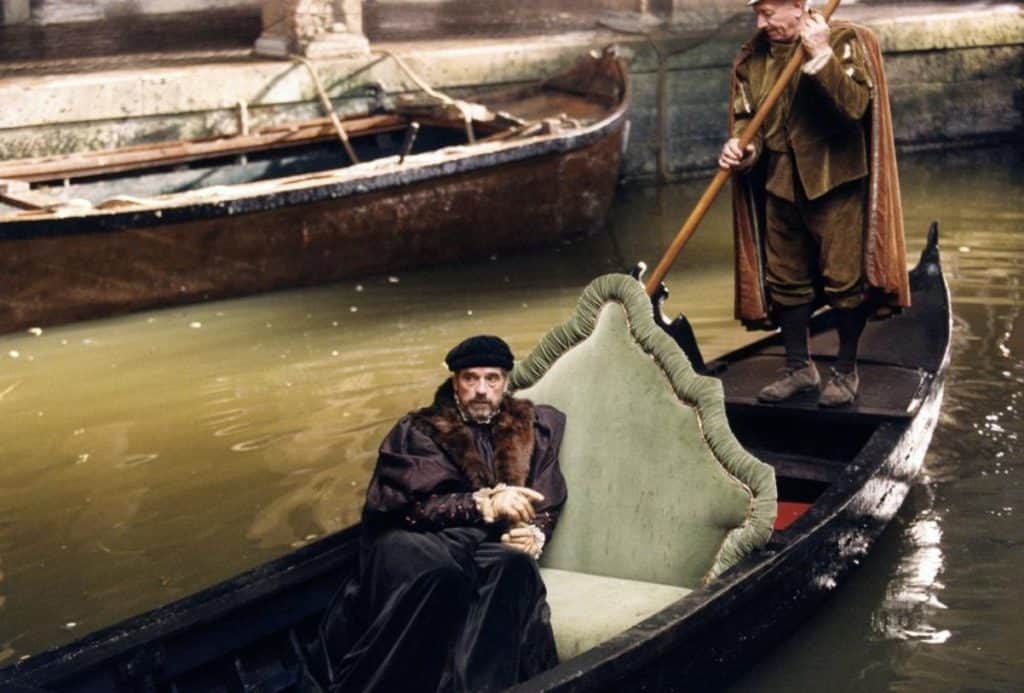 Venice Ghetto: a scene from Shakespeare’s Merchant of Venice